UK Van Business Franchises with Sole-Operator and Management Opportunities
You're never too young to learn a new trick
Find out what attracted 23 year old Pierre Goodwin a young, sport mad, mechanical engineering graduate to the world of franchising. Pierre has become the youngest ever member of the Wilkins network, taking on the Guildford territory.

Oven Wizards will provide you with everything you need to run your own van-based Oven Cleaning Franchise.

You’re never too young to learn a new trick

Hear from 23 year old Pierre Goodwin who has just completed his training to become the youngest ever member of the Wilkins network, taking on the Guildford territory. Find out what attracted this young, sport mad, mechanical engineering graduate to the world of franchising. 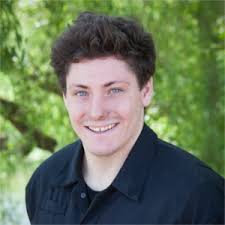 My degree course taught me that I loved University, but that I didn’t want to pursue engineering as a career, much to my parents’ consternation. I’ve watched my friends start to try and climb the corporate ladder in London, and whilst I’m not knocking it, it’s not for me.

I’ve had some pretty interesting jobs actually, from waiting tables, gardening, working at a Gin distillery and even considering becoming a full time fitness instructor.”

Franchising stood out as an obvious way to start a business with a huge leg up the ladder in terms of initial training, mentoring, and ongoing support. I have to admit that Wilkins Chimney Sweep may have appeared on my radar in a slightly unusual way.

My Girlfriend’s Father, Nick, is a Wilkins Franchisee, in-fact he’s their highest earner and it’s been impossible not to notice just how much he loves what he does every day.

How did you find the money to fund your franchise fee and start up capital?

I was fortunate enough to have money set aside from my parents, grandparents and my own savings, which was admittedly intended to be a deposit to get me on the property ladder. Some people might think it’s crazy to take that risk, especially given how hard it is to get a house these days, but if I didn’t believe 100% that I could instead use the money to start a successful business that would allow me to recoup the investment, use it for its original purpose, and then be left with a house and my own profitable business, I would never have done it. For me, the rewards just outweighed the risk.”

How risk free do you think franchising is?

I don’t think starting any business is risk free, but there’s no doubt that franchising, if you find the right one for you, greatly reduces the risks normally associated with start ups.

Wilkins is a well known brand, loads of heritage, great training and support, and I was able to speak to the other people in the network before signing up.

No matter how strong the model, I still have to put the work in, but I’m someone that thrives on a challenge and doing the best job possible.”

How have you found the training?

It’s been great, but I will admit that I totally underestimated just how tough it was going to be! This is a highly skilled job and the first two weeks of training were really full on; long days and a lot to take in.

By the end of the second week though, everything clicked and I became much more confident and desperate to get out there and start drumming up business.

Any advice for other people considering franchising, especially people your age? 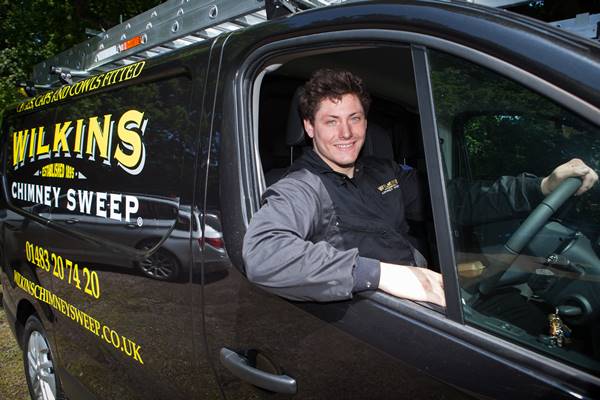 The best anecdotal advice that I can pass on actually came from Nick, when he told me that he wished he had known about franchising when he was 23! Choose something that excites you and you believe you’ll be good at and want to stick with; it isn’t a ‘try it for a bit and move on to the next thing’ kind of arrangement, I’ve signed a 6-year franchise agreement.

Yes, I’d absolutely recommend Wilkins, there’s no question it’s the right one for me, but whatever type of franchise you want to explore, I would seriously advise starting with the bfa website.

Take your time, don’t let yourself be talked into anything you’re not 100% sure of and know your own strengths and weaknesses. I’m amazed more people don’t know about the opportunities out there, although hands off Wilkins Chimney Sweep Guildford, it’s mine!”

About the Wilkins Chimney Sweep Franchise:

Wilkins Chimney Sweep, was founded in 1895 in Newbury. It was franchised in 2011 and is owned by husband-and-wife team Peter and Louise Harris. It currently has 12 franchise territories operating across the UK from Worthing to Whitley Bay. They are now looking for franchisees to expand the business in many areas across the UK. The company has won numerous awards in recent years as it builds on it’s reputation for providing only the best trained, fully insured and meticulous chimney sweeps in the industry.

To find out more about the Wilkins Chimney Sweep Franchise click here or use our Search Tool to find the right franchise for you!

The Local Assist Business Opportunity allows you to enjoy an income from day one.

Operate your own Van-Based Tool Franchise in your local territory with Snap-on Tools!

GoliathTech provides you with an exciting opportunity in a buzzing new sector of helical piles.

Why joining a franchise is so beneficial

Hear from Robin Auld, Executive Director of Franchise Brands. Robin talks about the advantages of becoming a franchisee rather than starting up your own business.

Why not consider a van-based franchise?

Ben Brooks, Director of Franchising for Agency Express explains the importance of choosing the right franchise and why that could be a van based business.

What questions should you ask a franchisor?

Hear from Simon Bartholomew, Franchise Director of Oscar Pet Foods who has 30 years’ experience in and around the franchise industry.

Start 2018 as a manager of your own multi-van business.

Before starting a franchise it is crucial to be armed with the best business franchise information and advice.

Do you have what is takes to become a Franchisee?

A Chimney Sweep Business is more profitable than you may think

Hear from Peter and Louise Harris who are the owners of Wilkins Chimney Sweep Limited.

Do you need skills to have a van franchise?

We take a look at some of the advantages of pet based van businesses, as well as looking specifically at some of the most attractive business packages available

The answer to redundancy and early retirmement

This is your opportunity to be able to do a job that you enjoy and have an income for yourself rather than earning money for someone else.

The benefit of an Oven Cleaning Franchise is that you have the opportunity to start as a 'man and a van' to managning your own fleet!

A Breath Of Fresh Air

If you have ever considered working outside then it may surprise you to know just how wide, varied and accessible this industry is.

Love the thought of owning your own mobile retail franchise?

With the number of franchise packages growing there has never been a better variety of businesses that are set up and ready to go when you are.

The use of domestic services continues to boom in the UK

The time is never better to join a van based franchise and offer the expanding domestic services required.

Here we take a look at some of the most positive reasons to invest in a franchise.

One Woman and a Van - Franchise Opportunities

Why you should consider starting a Delivery Franchise Business

Running your own delivery firm be a highly profitable venture to get involved in.

A rare opportunity has risen to acquire a well-established van-based franchise, located in either Suffolk or Essex… t.co/MRcIYHUf4T